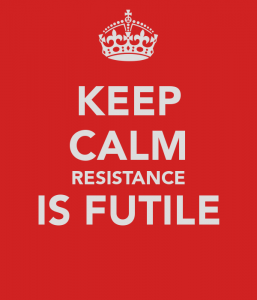 “I’m going to avoid those biscuits in the press, not going to go near them!”

“I’m going to be really strict from tomorrow onwards, not another bad thing will cross my lips”

“That’s the last piece of chocolate I’m having now, I’m cutting it out for good.”

How many times have we said something similar or tried this approach.

This approach of resisting certain types of food or food choices immediately puts our will power to the test.

Once you start using it willpower starts to run down. Time is the only thing until you break!

Trying to go out for food with friends and picking the rabbit lunch option for your main course will only last so long.

The “I can’t have this” approach will leave you wanting it more.

Try telling someone not to think about something and see how well that works!

Same thing goes with food. Someone tells you that you’re never having pizza again, all of a sudden your biggest craving is pizza. I just used pizza as an example because who doesn’t like pizza huh!?

So this willpower or “I can’t have this” approach just doesn’t work, what can we do instead?

Try the approach of looking for a better alternative.

Instead of ordering double quarter pounder burger with large chips, extra sauce and coke try ordering a burger without the bun, half portion of chips and a side order of veg.

Is that perfection? Not really. Is it better? Yes, and definitely more realistic.

Friday night and you get the text about the deal on the 3 foot pizza and 1kg bag of chips for 9.99 and your pizza cravings kick off. Making a simple homemade version with tortilla wraps is a much better alternative.

Can’t have your mid-morning coffee without a king size bar to accompany it? Try keeping in your coffee and having some 75% dark chocolate with it instead.

Always having cornflakes with 2 spoons of sugar in the morning and a glass of orange juice and you know you need to get away from that sugar dump? However that meat and nut breakfast just isn’t going to be stomached at 7am? Maybe look at a better alternative of porridge and a protein shake to kick off your day.

Again not necessarily perfection but yes it is a better option and moving in the right direction.

Looking to improve your mind and body and need support in doing it? Why not try a week with us here in our gym in Unit 16a, Westlink Park, Oranmore, Co. Galway

A major step in succeeding is picking a better alternative.